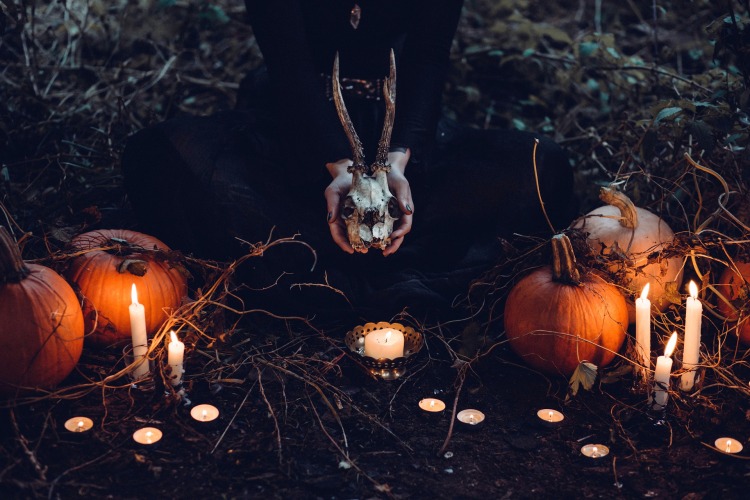 So the big day’s been and gone, and already most people are looking towards Yule and Christmas. In doing so, they miss the rest of the season of Samhain.

For me, Samhain is more than a single day. The whole period is a period of winding down, of preparing and it’s also a melancholic time. Death moves ever closer during this time. In the natural world, at least in the northern hemisphere and in those places where the weather is more ‘seasonal’, signs of death are all about. In the garden the last of the flowering are plants are still clinging on, though their flowers die before they even bloom, and as I walk in the woods, many of the leaves have already fallen, whilst others are still in their beautiful decline.

But there is still much to do at this time, much to enjoy.

Walking in the woods is an absolute joy at any time of the year, but particularly so right now. It’s the crunch of the fallen leaves, the scent of the woods, rich and earthy, the feeling of being alone amongst the trees, the way the light and atmosphere changes.

And it doesn’t have to be in the woods, go wherever is special to you. Go out for a walk around your neighbourhood. Notice the changes as they occur within your own locality.

This is also the season of coughs and colds and other minor illnesses and complaints, so I also like to spend some time restocking my home made medicines. I’ve already done the elderberry elixir, a little cure all and tonic I take everyday, just a spoonful, to help ward off those annoying colds. Lemon and honey are a must, and make an easy cough syrup by simply layering in a jar and keeping in the fridge. I like to add ginger as well – you might as well go all in. I make a version with a couple of shots of alcohol too, which is good to take before bed and the heat of the spirit (usually I use rum or brandy but use whatever spirit you like) seems to calm the chest. 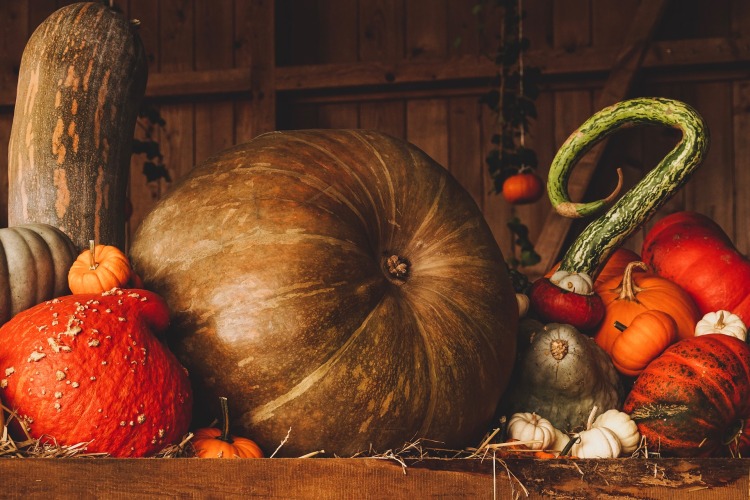 Use up the seasonal produce too. There’s such a fantastic range of food available at this time. I’m all over pumpkin and squashes in soups and curries and ratatouille. Brussels, leeks, late carrots are still good, nuts and so much more.

I’ve just brought in my Datura plants from the garden. The last of their spiky fruits are just opening, each one contains around a hundred or so seeds. I’ll select the best for planting next year. The rest I’ll use to make ointments with, some for myself and others I’ll gift to friends. I’ve also still got lavender strung up beneath the stairs. It’s dry now and so the processing of it begins. My kitchen smells amazing when I do this, stripping the dried seed pods from the stems and bottling them up, already thinking about what Yule gifts I might make.

So whilst the day itself, whichever one you celebrate, has gone, there is still the rest of the season to enjoy, and it’s the perfect time to spend some time not only on introspection, but on enjoying yourself, on allowing yourself to reconnect with the cycles and rhythms of nature.

Emma Kathryn practises Traditional British Witchcraft and Obeah and is also an initiate of Vodoun, a mixture that fully encompasses her heritage. She lives in the middle of England in a rural town where she reads tarot, throws shells and drinks copious amounts of coffee! View more posts